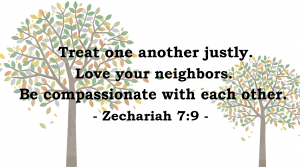 Have you ever been in a truly desperate situation? Early this morning I woke from a dream, desperately frightened. In the dream, it was 11:10 a.m. on a Sunday morning, I was just waking up and had not gotten to church in time to preach! Until I realized that this was a dream, my stomach churned and my heart raced.

That’s not the kind of desperate situation I’m talking about, because it wasn’t real. I felt desperate for a few moments, but then there was relief. Recently I got a phone call from a member of our church family who told me they had good news. Months earlier they were in a desperate situation. Because of job loss, a family death, and illness they were about to lose their home and had no money. We talked and prayed together, and discussed some practical steps they could take. The recent phone call was a joyous one, telling me that their desperate situation was relieved by some loan assistance, a new job and other help. The family was so grateful for our conversation, suggestions and prayer, which they viewed as God helping them in a desperate time, paving the way for new hope.

That family had been painfully frightened, afraid for their safety, “Would they be on the street?” and reaching hopelessness. Their desperate situation is played out in many ways, for many people in the community, country and world. Sometimes people have to make life-changing, risky decisions in order to move behind desperation, and into some place where there is less fear, safety and hope. As we’re talking in worship about Connecting God and the World – the Church in Mission, this Sunday, August 26, we’re going to look at some ways people receive relief from fear and desperation through sound mission efforts. We’ll learn about The INN that is located at First UMC, Tucson, where in a partnership with Immigration and Customs Enforcement (ICE), people are housed and cared for until they can travel to relatives or other sponsors in the United States. These are people who have traveled to get out of desperate situations, mostly in Guatemala and other places in Latin America. They have been cleared by ICE to come into the United States, but need a place to stay and food for their journey until their transportation is ready. Then The INN volunteers take them to the bus depot, or where other transportation is available. Some people from St. Mark’s volunteer with The INN.

Desperate situations take many forms. How is God working in the midst of them? Think of your own lives, or others you know. Sometimes it’s the hands, feet and hearts of others who lead people from desperation to hope.